Ken's Brain Scan Results Before And After Stem Cells

Time has brought you to me...

Ken's results from the Amen Clinic in New York.

We are doing a little prep before stem cells.  Mb12 injections,  Specific Carbohydrate Diet,  and mild hyperbaric oxygen therapy.  Check with your doctor at the clinic before doing any treatments before and after cells.  Each child ous different. 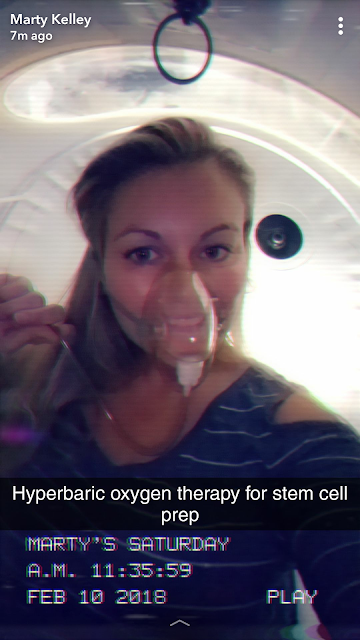 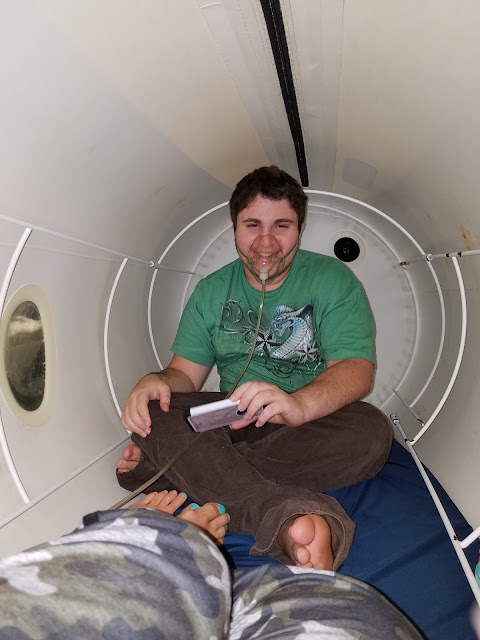 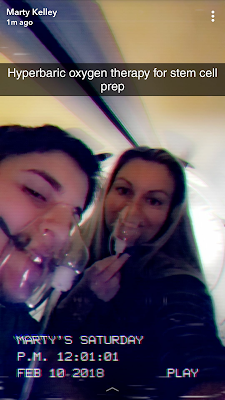 Mel Gibson and Dr.  Riordan talking about stem cells and Mel Gibson's father's experience at the Stem Cell Institute.  This is the clinic we use for Ken.  https://vimeo.com/251582302 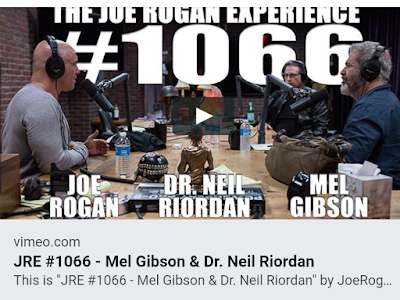 The RMI in Southlake, Texas.

Maybe one day, they will treat autism.  But, for now, I think I want to try the stem cell face-lift.  Going to Texas soon!

This is a great place to start your stem cell research.   Dr. Riordan has our story in this book. 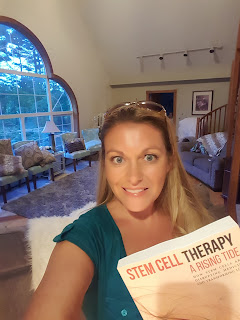 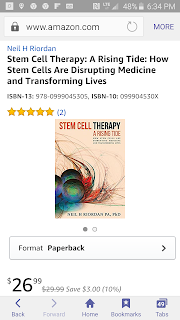 This is the clinic we use for stem cells www.CellMedicine.com www.Cellmedicine.com
Share |
Posted by Marty Kelley at 5:13 PM 2 comments

This was our stem cell experience in 2017.

Everyone is so helpful and nice in Panama,  starting from the minute we got off of the plane!

Caroline Talks About Ken And Cells

Caroline loves Ken.   She is 10 years old.   This is her perspective of our eight year stem cell journey.


Yesterday, our driveway was all ice.   Guess what?  Ken's bus driver called me too say that she watched Ken fall backwards --hard --and slam his head.   Right now,  Ken claims he didn't hit his head, just his back.   He never admits when he gets hurt!

Oh well.   Just as long as he doesn't catch a cold or flu.   That's our stem cell preparation tip number three.   Don't get sick.   And maybe don't bump your head.   I'm not too concerned it will affect the stem cells,  but you next know.

We are at the two week mark.   I'm a little nervous that is been four years since our last stem cell treatment. 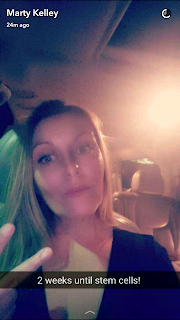 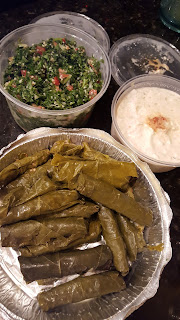 It's time to get serious.  Swimming today at Fort Lauderdale Beach --no sunblock-- an hour saltwater soak.   Thankfully,  the ocean was 75 degrees.  Bring on the stem cells 2017!

A link to a recent interview done at Healthcare Elsewhere

Part two can be listened to here
http://healthcareelsewhere.com/2014/06/06/045-marty-kelly-shares-her-sons-story-of-stem-cell-treatments-for-autism-part-2/

We also use liquid Vemma.
www.MartyKelley.vemma.com

After all the money we spent--all the time we spent--this is my advice. Stem cells.


Also, we use liquid Biocell. 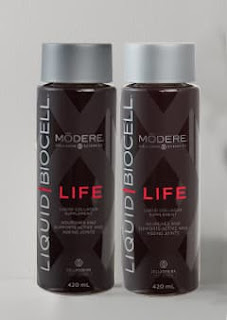 We also use liquid Biocell
I can't list everything we did--all the doctors we saw!
I will try...

Biomedical Notes: Some things gave us nice improvements, while others made Ken worse. In 2009, Ken's mercury levels were still off the charts high--meaning, they were too high to have a number on the tests.

Stem cells have us 2000% improvement.

That is Ken's summarized history.  We also use liquid Biocell.  Read about Biocell on my website  https://www.modere.com/ProductDetail/liquid-biocell-life-420ml-2ct/?referralCode=901017


*These statements have not been approved by the FDA.  Seek the medical advice of your doctor before trying any new treatment.

Question: I am a parent of children, ages 2 and 5 with autism spectrum disorder. Do you think stem cell treatment would help and if so what kind of treatment would you suggest?
Dr. Riordan's Answer: We are studying whether or not intraveno...us human umbilical cord expanded mesenchymal stem cells (huMSCs) will help children on the autism spectrum. In cooperation with Dr. Sandy Lowe in New York we are just completing a prospective analysis of 14 case series of autism patients who were treated with 4 series of umbilical cord MSCs. We are analyzing the data from those who have completed treatment at the moment. Those patients were treated serially on 4 occasions, 3 months apart with 4 IV infusion of donor UC MSCs. So far 7 of the patients have completed the trial, the other 7 are expected to finish by May of 2014.

Initial data back on suppression of the inflammatory cytokines that are very prominent in people with autism and the stop and reduction of the inflammatory cytokines can help with the disease process. Initial quantitative EEG data on each patient in the trial are also being analyzed. The Autism Treatment Evaluation Checklist (ATEC—www.autism.com) scores are trending toward improvement in the cohort and are vastly improved in some individual cases. I will send the paper to Barbara when it comes out. We hope to submit for publication an article describing the effect of the cells by the middle of 2014.

For the person asking the question, as with anyone looking for medical advice for an individual (or individuals), I would suggest they contact our doctors and discuss the protocols with them to see if their children are candidates for treatment.

BANGOR, MAINE--A Bangor child, who received a stem cell infusion for Autism last year, is now reading, thanks to his new stem cells. Nine year old Kenneth Kelley was the first in Maine--and one of less than a hundred nationwide--to be treated with adult stem cells from umbilical cord blood to help him recover from Autism. He will go back in July to receive more stem cells.

The trestment has been a huge success. Kenneth is now able to read. "One day this spring, he just picked up a book and started reading." says Marty Kelley, Kenneth's mom. His improvements since the treatment are as follows:

1.) Able to read at the beginner level
2.) More cognition
3.) More abstract thinking
4.) Talks about past events/people who have died
5.) Prays to God to help him when he is out of control
6.) Knows birthdays, what day of the week it is, what date it is, what time it is
7.) Better sentence structure
8.) Clearer speech
9.) Can do math problems/addition, can write simple sentences
10.) More awareness
11.) More conversational speech
12.) Potty trained

The Kelley's have been treating Kenneth for autism with biomedical intervention. He began mild hyperbaric oxygen therapy in the home three years ago. "700 hours later and with fantastic results from that, we were ready to take the next step". Kelley, after much research, came across Adult Stem Cell therapy. A simple way to understand this therapy is that it does much the same types of things as mHBOT, but at a much faster rate. The stem cells go in to the body, find the damaged areas, and begin to form new working blood vessels that carry oxygen and rejuvenate the damaged tissues.

As a mom of an autistic child, Kelley is driven by curiosity about what caused her son to have this condition. For the last three years, she has been studying biomedical interventions and using parent based online-forum analysis to uncover the reasons for his autism. As a result, her son has improved tremendously in cognition and development. Kelley tries to be up to speed on traditional and new-millennium research tools and approaches based on research. She says, "I am fanatical about understanding autism, what is causing it, and how to help combat it better every day, week, and month."

It is this drive that caused her to find two stories of autistic children who have been to Costa Rica for this same treatment. These children, like Kenneth, are almost recovered.

These cells are autologous stem cells as they have no ethical or moral issues and pose no possibility for rejection since they come from the patient. According to various studies, stem cells isolated from a patient (i.e. from the bone marrow or fat) have the ability to become different cell types (i.e. nerve cells, liver cells, heart cells and cartilage cells). Studies have also shown that these are capable of "homing in" on and repairing damaged tissue.

Kenneth had 24 million stem cells--12 million CD34 stem cells for the brain and 12 million Mesenchymal stem cells for gastrointestinal issues. These were from donated umbilical cord blood. The process for preparing the stem cells involves striping the cells of all blood product. This is the expensive part of the process. Kenneth had injections over a period of four days.

There have been over 700 clinical trials in the US with adult stem cells. None of these trials have been for autism, but they have had success with other diseases such as Parkinson's, Multiple Sclerosis, Cerebral Palsy, and many others. Any thing good you hear about stem cells is all adult/umbilical cord stem cells. There have been no success stories from embryonic stem cells to date.

Adult stem cells differ from embryonic stem cells in the way that they will go into the body and have the potential to become any type of cell and they will seek out areas of damage and heal those areas. Adult stem cells will grow for a period of time, and then stop growing (maybe six months). This may cause the patient to plateau. Then, you may want to have another treatment, depending on how far the last one took you.

Embryonic stem cells on the other hand, will grow and grow and will not stop growing. They have the potential to become more of the same disease you are trying to treat or they may create new ones, such as cancer, years down the road.
Share |
Posted by Marty Kelley at 5:38 AM 8 comments

Kenneth's stem cell treatment were all done at the Stem Cell Institute, in Panama City, Panama. To view their website, click on the above picture. These are adult stem cells.